We quietly went up north by train to Bangkok, and then continued north to find ourselves at 300 km up of the capital, in the province of Phichit. We are expected in Ban Pong Wua Daeng School to give a few hours of English lessons every day. 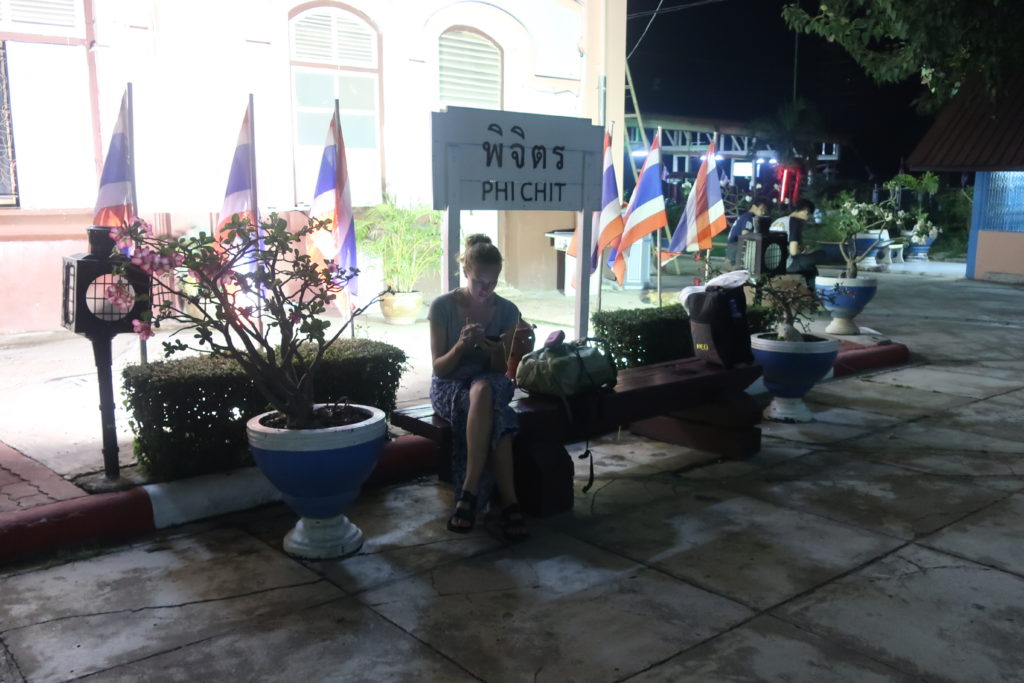 Teacher Rut from the school comes to greet us at the train station and takes us back to the school where we will spend the next 3 weeks, and which is lost in the middle of nowhere, an hour away from the train station. Alice is excited and stressed to meet the students the next day. The day begins at 8am for children, with the flag ceremony, during which they sing their national anthem and other songs. In the morning, the director invites us for breakfast and offers us to work as “english teacher” for 6 months. We are touched by his kindness and generosity but still decline the offer … 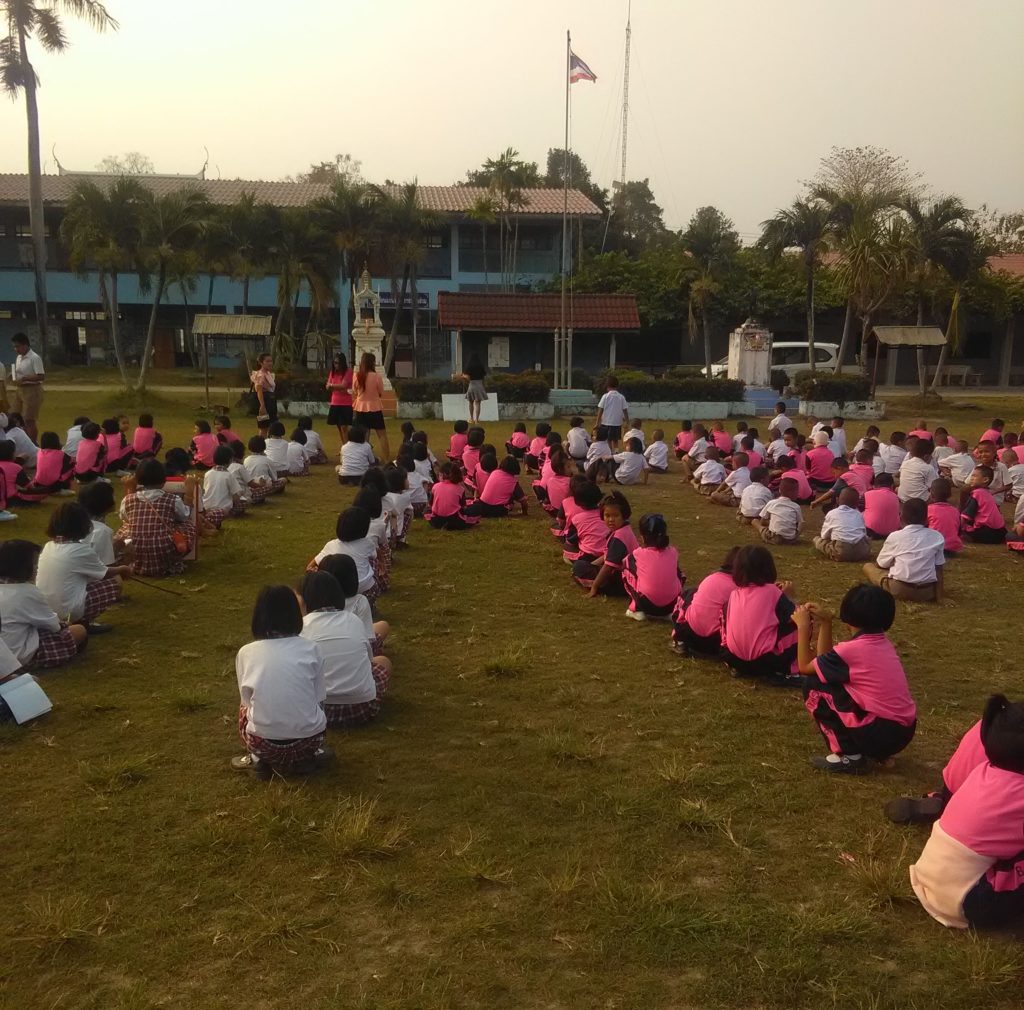 The lessons will officially start the next day for us. Alice will be in kindergarten, with the 3 years old children in the morning, and 5 years old in the afternoon. Mehdi, meanwhile, will be a free electron in primary school, sometimes having to give an English class in front of 20 students who have never had English lessons before, and sometimes with smaller groups a little more aware that there are other languages ​​in the world than Thai. 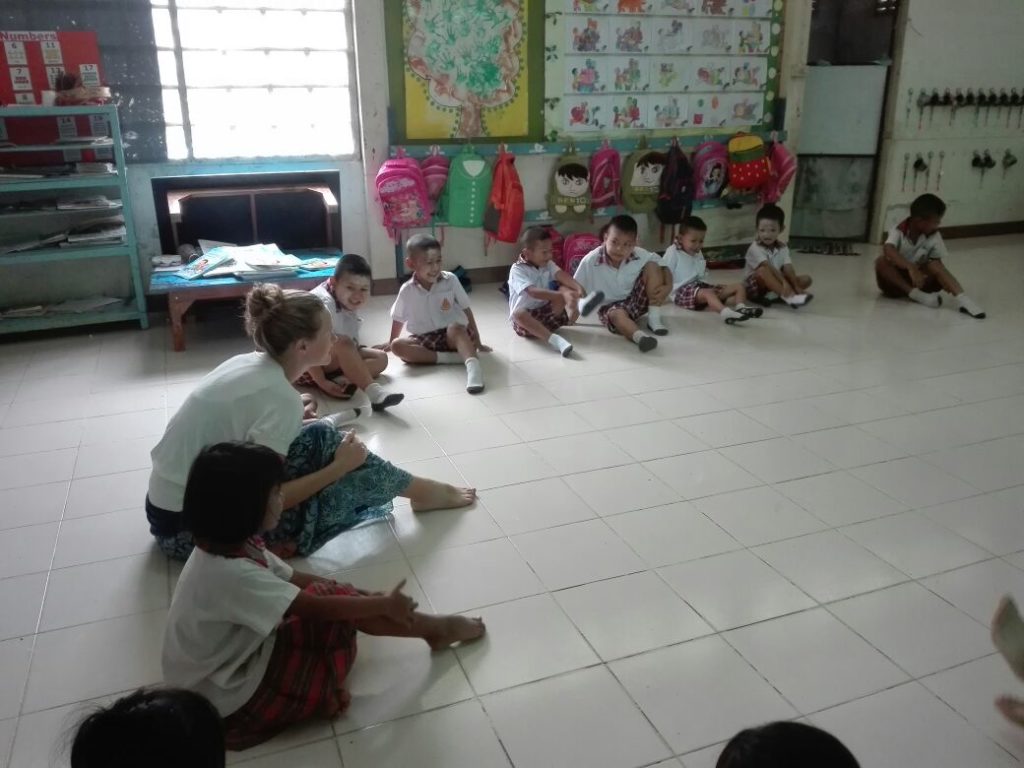 Then begins for us a new routine, because since the beginning of our trip, we have never stayed so long in one place. Mehdi takes this opportunity, during his free time, to do his intensive training in preparation for the Iron Man for which he registered in May in Vietnam, while Alice reads her books in the cool AC room. 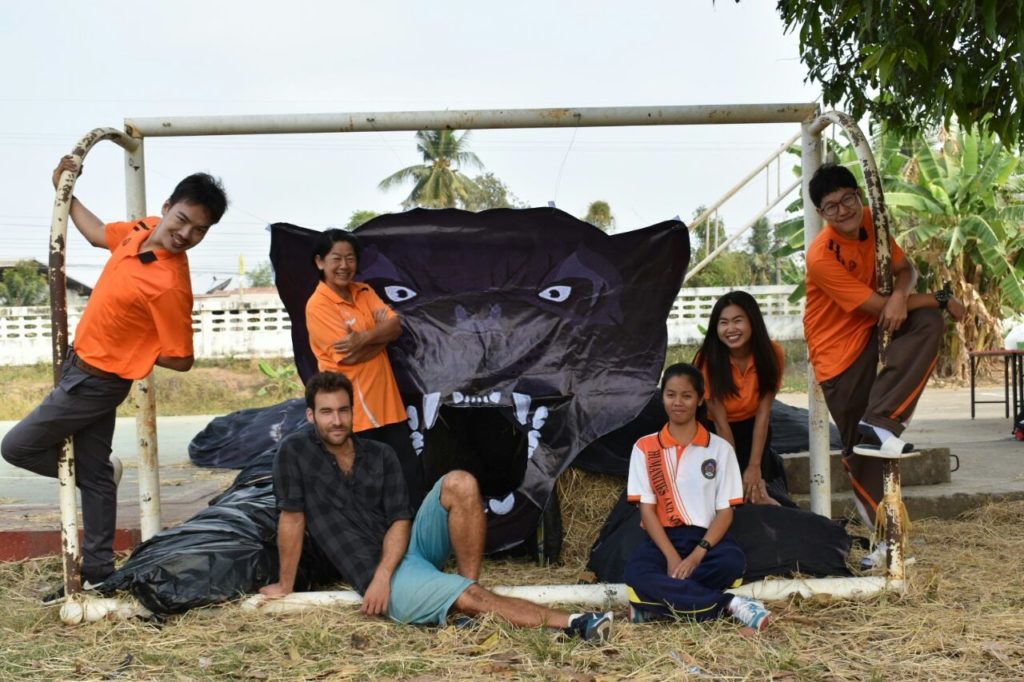 In the mornings, we are often awakened by the Buddhist temple. Far from the European image that we have of zenitude and soft Buddhist gongs, it is rather the loudspeakers which sing cheerfully a dubious Thai rock that come to pull us out of our sleep. Then, a monk speaks for fifteen minutes in Thai, so loud that he could be in front of our bed. We wonder who he is really talking to … The other times, it’s the funeral music they play, when a person from the village is dead. Traditional flutes and drums repeat the same song for 1:30, it’s already nicer but still, we do not understand why they need to amplify the sound like that. Perhaps it is precisely to teach us how to meditate properly: to keep calm at 5:30 am when receiving noise, or, learning the real mediation. 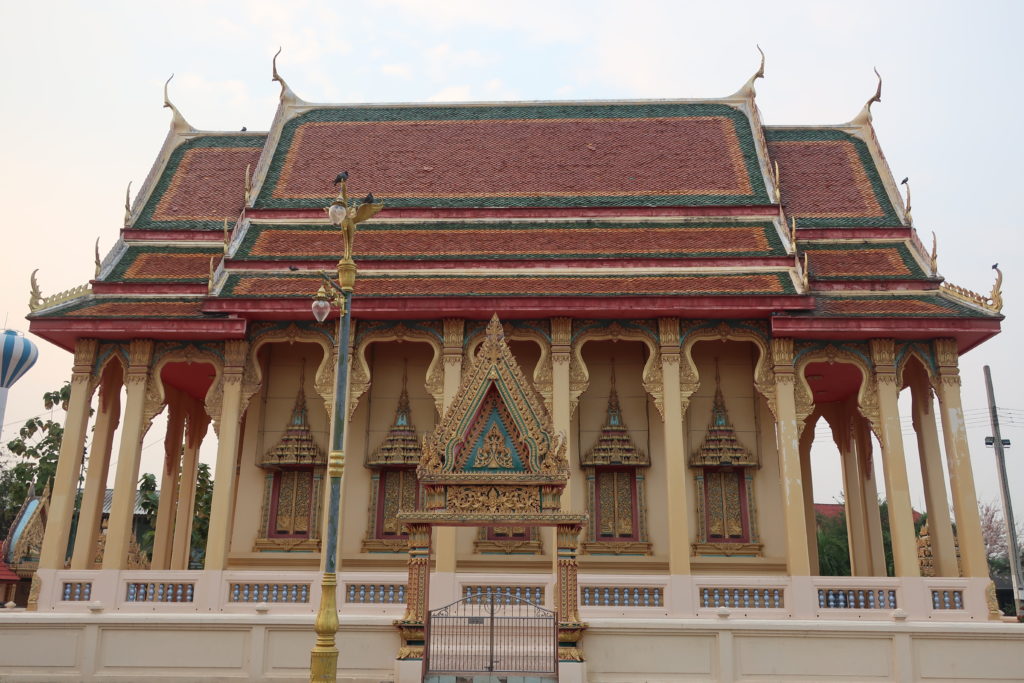 With children, it is not always easy to be understood and Thai teachers do not always speak better than their students. Alice teaches them songs, which work very well with the little ones, while Mehdi draws on the board to teach them new words. 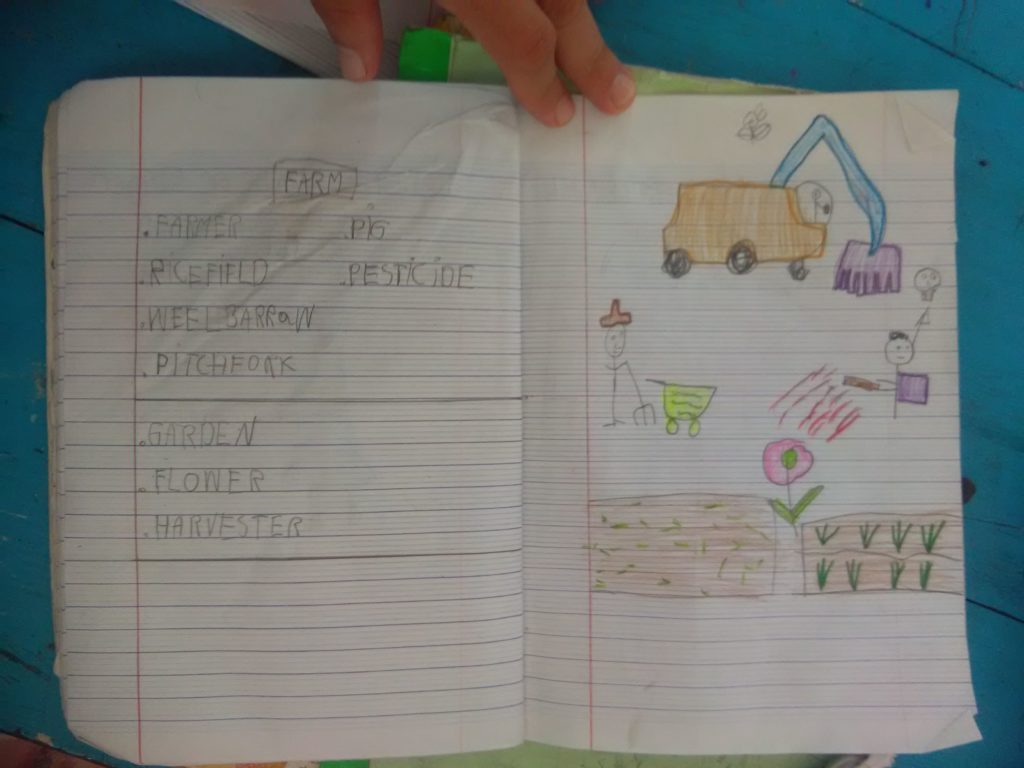 We discover that educational methods are very different from ours. Here, the stick is still used to get the children’s minds learn better the concepts and it is not uncommon for the teachers to raise their hands on the children to remind them to stay silent. The teaching is done by a lot of repetition, but the memory does not seem to be solicited enormously. This raises questions about what children really remember about the different words and concepts they learn. 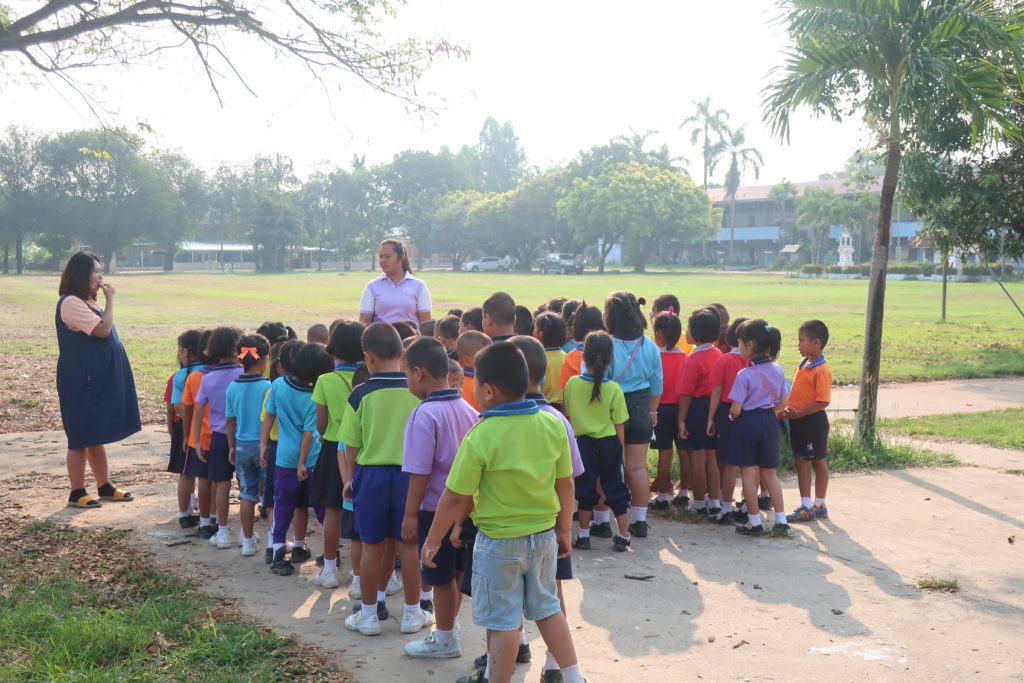 We meet four Philippian teachers, and one Vietnamese. It is very interesting to be able to discuss the cultural differences between these Southeast Asian countries and to discover other countries through them. We even want to make a hook by the Philippines now! 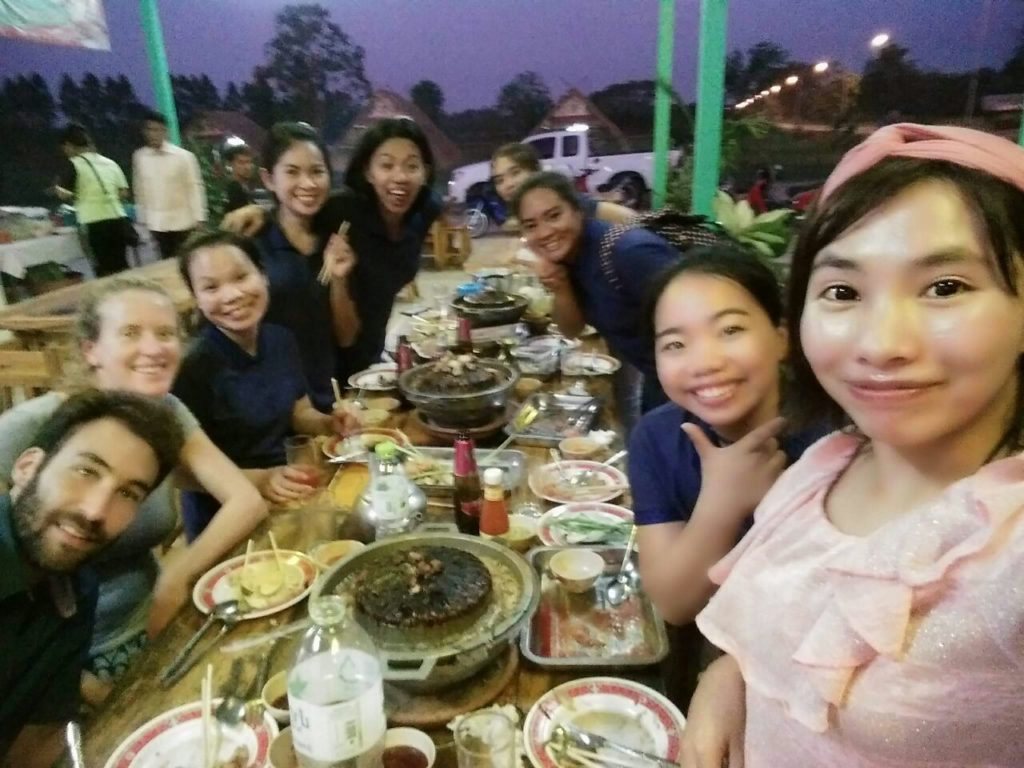 These three weeks are therefore passing quickly, and it is already time to leave, after attending the very official inauguration of the school library. We are amazed to see all the work that the teachers are able to provide for the preparation of this festival which lasts 2 hours.

So here we are in a train that brings us back to Bangkok, before continuing to Cambodia. We have the pleasure of seeing Gabriela who is studying here, and shows us the nocturnal beauties of this huge cosmopolitan city. Perfect for one last evening before leaving this country where we will have spent 2 months in all. 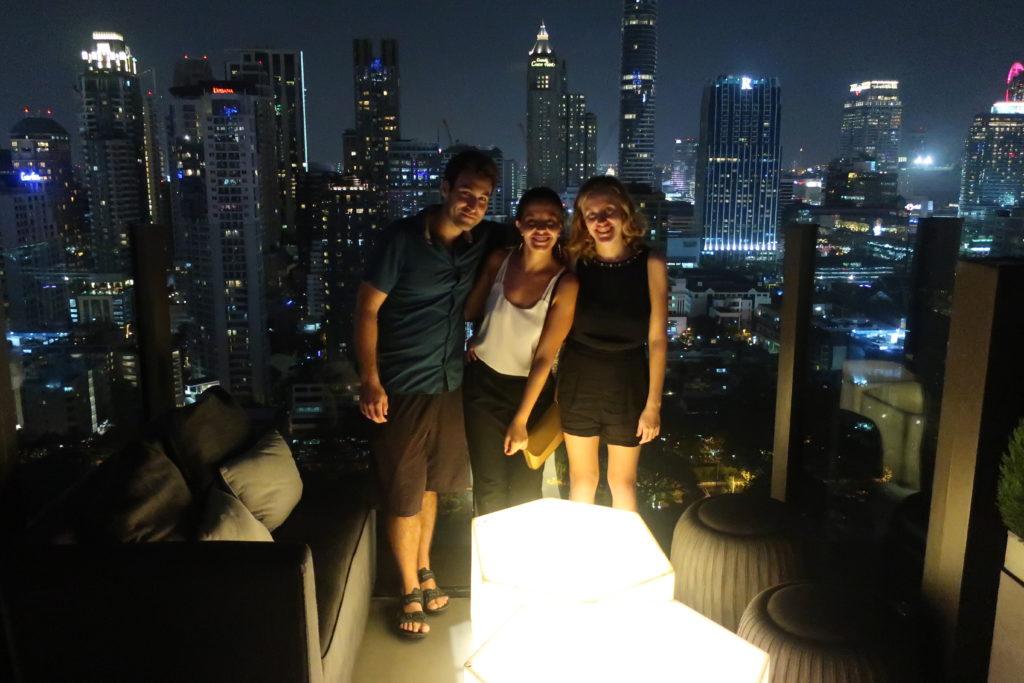 In conclusion, here is a list of things that surprised us, stunned us, questioned us, since our arrival in Thailand:

Watch our pictures here! Unfortunately, we still cannot make videos because our computer is not repaired yet.